The republic of King Penguins — by Leesan

The republic of King Penguins
— by Leesan

You can’t visit South Georgia Island without checking out its cutest residents. 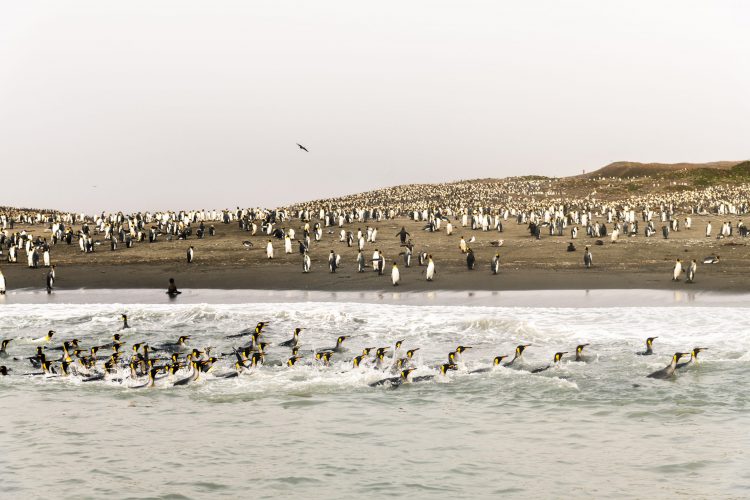 During my past three voyages to the Antarctica Peninsula, I didn’t get to visit the British South Georgia Island(SG) as it lies far pff the course and supplementary charges are steep.

But this time around, after leaving King George Island, our cruise ship headed towards SG, which is 1,500km to the northeast. Such a remotely isolated environment should promise a wealthy ecosystem, a treasure trove of exclusive flora and fauna found nowhere else on this planet, not to mention the regally majestic King Penguins that call the island home. The SG Island reminds me of the Mo’ai statues on Easter Island, the giant turtles and iguanas of Galápagos and the lemurs of Madagascar, so uniquely different, intriguing and fascinating.

Could my anticipation turn into a tormenting ordeal? Did I pack enough motion sickness medication?

As much as 71% of the Earth’s surface is covered by water, and 96.5% of that is made up of oceans. The islets jutting out of nowhere in the boundless ocean appeal tremendously to me. South Georgia Island that beckoned ahead of us is 3,529sq km in area size – not too small actually – with the snow-capped Mount Paget towering 2,394m above sea level in the middle of it, so flamboyantly protrusive and eye-catching.

So many King Penguins! – Photos: Leesan 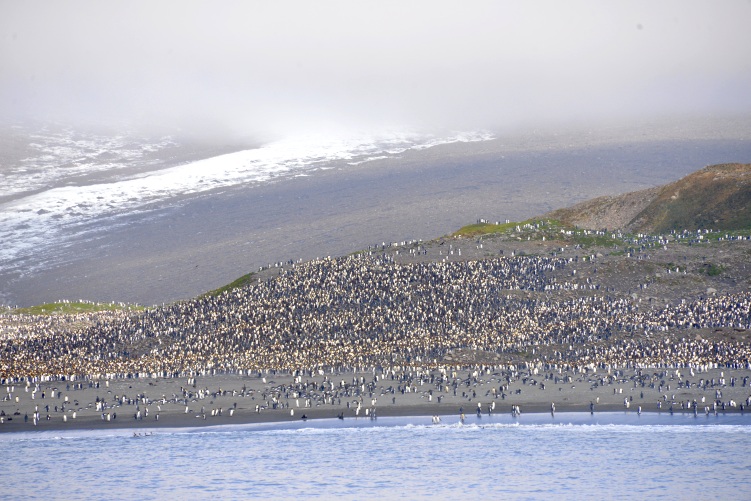 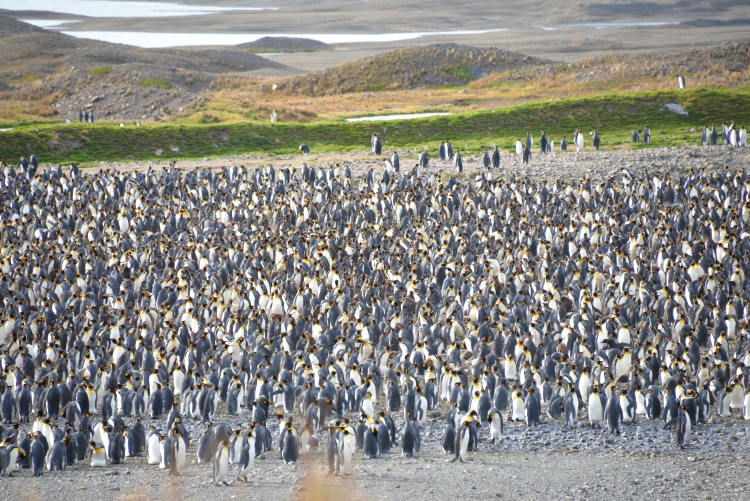 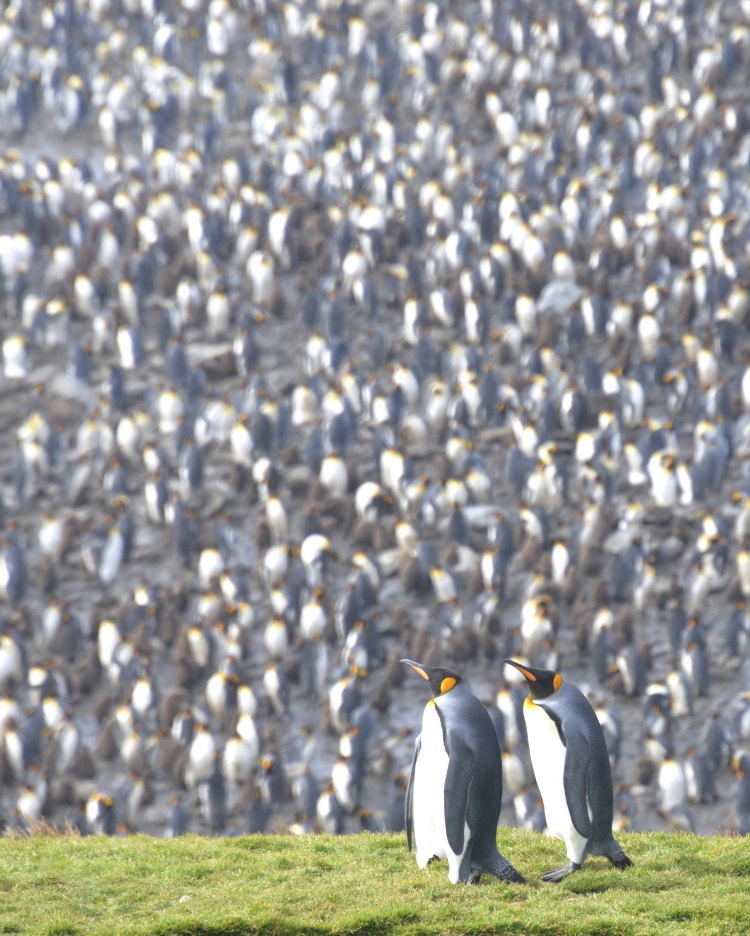 There are only seven human residents on the island but at one time, you could find 250,000 pairs of King Penguins, over 100,000 sea lions, fur seals and supersized elephant seals, various species of whales including killer whales and the very rare blue whales, along with hundreds of bird species (notably, the albatrosses with their stunning 3m wingspan), there.

All this conjures up images of a marine paradise.

Unfortunately, the plague carried by “alien rats” infiltrating into the island about 10 years ago ravaged through this virgin island, wreaking havoc on the vulnerable flora and fauna and turning the marine paradise into a hellish wasteland.

The British government must be commended for its unrelenting efforts in making the island a major base for ecological preservation. Today, visitors to SG will have to be thoroughly sanitised before setting foot on the island, in particular their shoe soles and clothing. Not a single speck of “unidentified object” is tolerated on the island. Where this is concerned, I must take my hat off to the IAATO (International Association of Antarctica Tour Operators) for religiously adhering to the noblest eco standards and for their utmost responsibility and respect for Mother Nature. As such, everyone is more than willing to offer his or her full cooperation, for the sake of sustainability and a better future for our children.

Our ship slowly sailed into Grytviken Bay in the wee hours of the morning. Here you can find the world-famous South Georgia Island Museum that boasts a rich collection of relics on the local whaling industry from 1904 through 1965, when the island was an important whaling hub.

A total of 175,250 whales were caught and killed during those 61 years, including the 34m-long blue whales, the world’s biggest. On average, 7.5 whales were slaughtered in a single day back then. You may want to know that penguins were also captured by these whale catchers!

Looking around, there are many disused steel cargo holds lying idle in the museum, along with large rusted cylindrical oil tanks and shabby whaling boats, among other exhibits, as if to relay the story of how early pioneers lived with Nature and the “native” residents here.

I was much more appreciative of the white-clad wooden Norwegian Lutheran church adjoining the snowy mountain, quietly guarding the island’s century-old history. About 100m away, several sea lion pups lay nonchalantly on the public cemetery.

In sharp contrast to the Falklands – 1,300km away – this place is devoid of stationed troops and human exploitation, only penguin chicks and fur seals pups frolicking merrily on its shores. 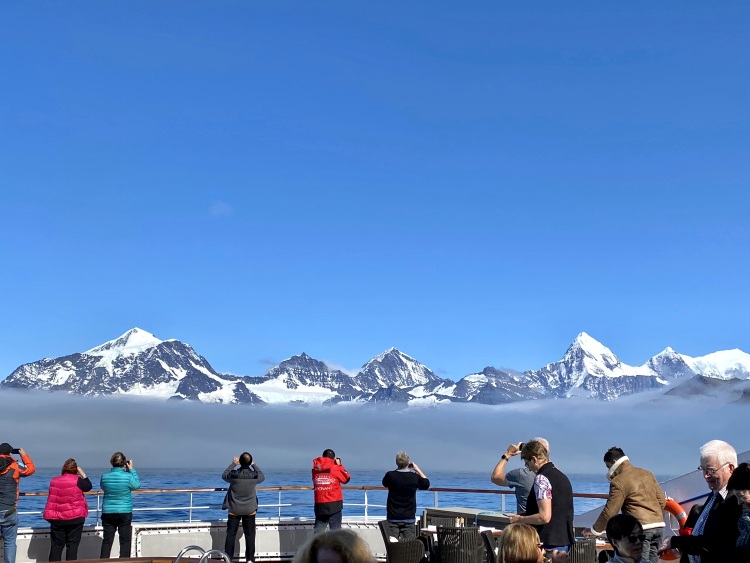 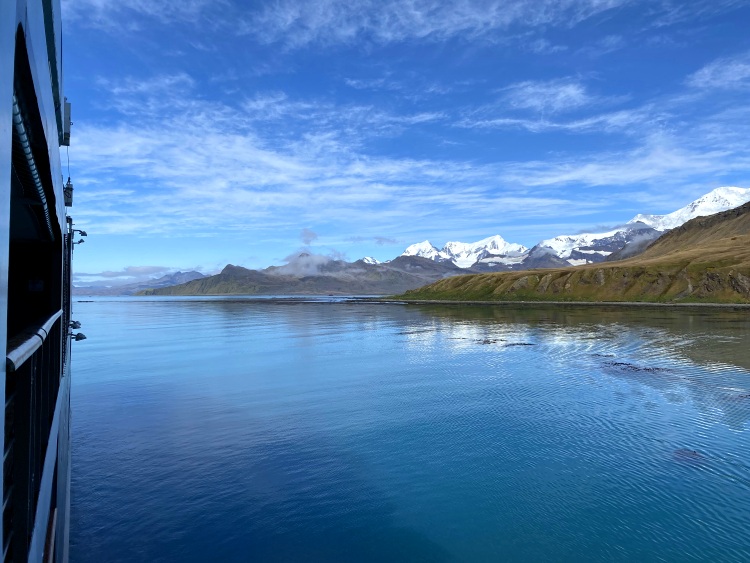 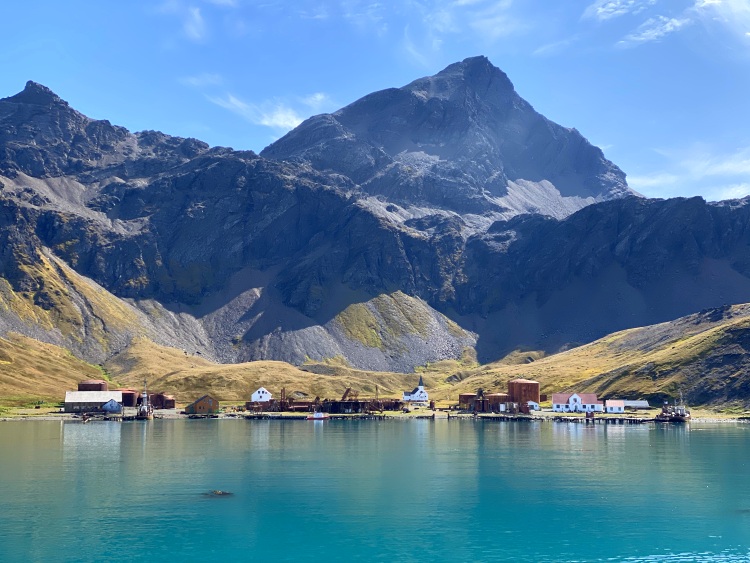 Today, the 15,000 visitors arriving at the SG Island annually would send out scenic postcards featuring crystal clear shoreline, adorable penguins, albatrosses and cruise ships, to their friends and families all over the world from the humble post office on the island.

What a beautiful creature. 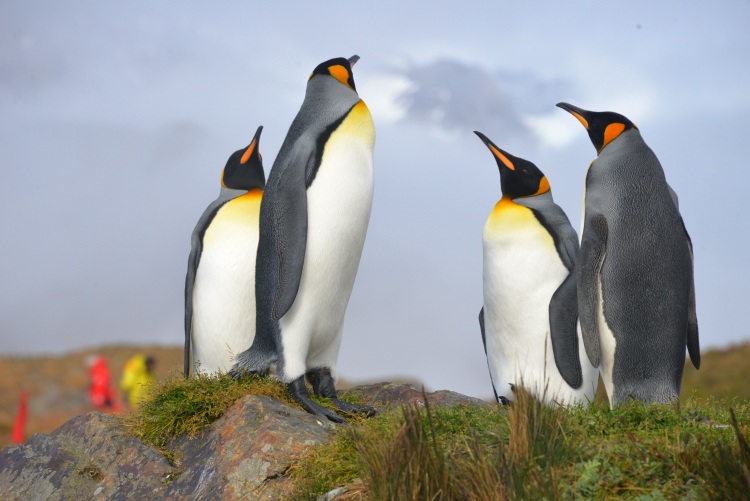 South Georgia Island is 167km long north-to-south and 37km wide, with St Andrews Bay as its most prominent geographical feature, housing a colony of about 250,000 pairs of King Penguins. This makes the landfall on this island a surreal experience, with a band of 70m to 100m-tall King Penguins lining up to bid you welcome.

When we made our way up the glacier and creeks, we cheekily chased the 500,000-strong army of King Penguins! It was my first ever encounter with such a huge flock.

During the summer month of March, in the midst of the penguin colony you can spot brown furred chicks which were born last winter alongside several bald adult penguins. The younger chicks stick close to their mums for fear of being snatched by eagles.

These chicks can only hunt for their own food in the sea 14 to 16 months later. The sad reality is: these docile penguin chicks could hardly dodge the ill fate of becoming dinner treats for hungry seabirds and sea lions.

All the world’s 17 penguin species are found in the southern hemisphere, and the 2.3 million pairs of King Penguins here are only in second place in the penguin kingdom dominated by the 122cm tall Emperor Penguins tightly cluttering the icy terrains below 66°S. Most penguins live between 15 and 20 years.

Although it was already my fourth expedition to Antarctica, I was still overwhelmed with excitement. Let’s make a date for a fifth trip once we can all travel safely again. Jom! You can send a postcard to anywhere in the world from the island’s humble post office. The views expressed are entirely the writer’s own.Leesan, the founder of Apple Vacations, has travelled to 132 countries, six continents and enjoys sharing his travel stories and insights. He has also authored two books.