Nishiki koi is a luxurious ornamental fish developed through centuries of research by breeders. Prior to World War II, it was known as the flower carp, and other names.

You can find many fans of Japan’s beautiful and graceful fish all over the world, including in Malaysia. 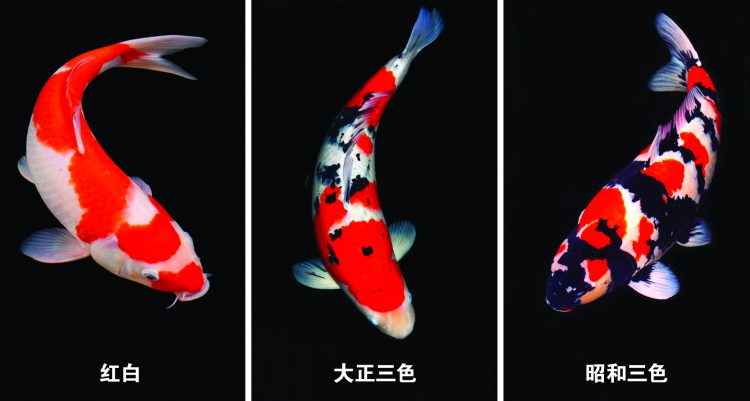 The most popular category, and the ancestor of koi is the Gosanke(right). Generally, the koi is also known as a feng shui fish, a symbol of good fortune and health – Handout

WHILE having dinner with Steven, he politely asked to be excused for a bit, and then proceeded to just stare into his mobile phone for at least 15 minutes.

Actually, he was busy with an online auction! He was interested in the bidding of a nishiki koi, which is currently a fad among fish/pet enthusiasts and collectors, and probably started during – or because of – the coronavirus pandemic.

It is said that the bidding price could start from RM500 and upwards of up to RM10,000. I could see that Steven was completely engrossed. However, it didn’t really seem to matter to him whether he won or lost the bid, as he was back at the dining table soon afterwards, and continued chatting about other things as if nothing had happened.

Of course, he was very excited when we asked him about his favourite topic, the nishiki koi. In fact, there are many others like Steven, folks who are just “super crazy” about this particular fish.

I remember when I used to take my travel groups to the ancient town of Gujo Hachiman in Gifu prefecture, Japan. Each time we were there, I would introduce my guests to the colourful nishiki koi swimming in the crystal clear water of the drains in front of the houses there. Yes, that’s right, drains.

The puzzled tourists would ask: “You mean these carps can actually survive in these drains?”
Actually, this is not the only place in Japan where you can see nishiki koi swimming around in drains. You can also see them in several drains at the Ritsurin Garden in Matsuyama prefecture in Shikoku, as well as other parks, temples and schools all across Japan.

More than 70% of Japan’s nishiki koi are exported to countries around the world, mostly from the breeding farms in Niigata prefecture. Nishiki koi breeding has been a practice there for over two centuries now, and the only thing these farmers do is to breed the topmost quality of this fish.

As for koi that do not make the cut for export purposes, they will be given away to municipal councils across the country, which in turn will be distributed to various institutions and organisations. These are pretty much the nishiki koi you see swimming around in the drains and ponds all over Japan, brightening up the place with their striking colours.

Nishiki koi is a luxurious ornamental fish developed through centuries of research by breeders. Prior to World War II, it was known as the flower carp, and other names. The nishiki koi belongs to the Cyprinidae family which had its origins in Central Asia. The Cyprinidae family has about 210 generations, and more than 3,700 species, including the edible carp.

And just like the Tajiri wagyu, the nishiki koi also has its “ancestor”, namely the Gosanke, which is made up of Kohaku, Taisho Sanshoku and Showa Sanshoku. Almost all the nishiki koi types today are derived from these three variants.

From there, new improved variants have been developed over the years. Among the most celebrated are the German Showa, Tanchokohaku, Peacock, Tea Carp, Butterfly Carp and more.

Their most eye-catching features are their glossy hues of their body, varied markings on their backs, as well as slender bodyline, which results in them moving a lot more gracefully. A more luxurious way of enjoying nishiki koi is to purchase the exorbitantly priced fish and then keep it in the seller’s mountain stream pond, not unlike storing the most valued red wines in the seller’s temperature-controlled cellar.

Actually, these expensive carps may have problems surviving outside its original Japanese water source, being susceptible to KHV infection or discolouration of their body markings.

Although I do not keep any nishiki koi at home, I can always view these “swimming gemstones” in Steven’s house or anywhere in Japan. Although each nishiki koi is unique in its colours and patterns, I am actually more interested in how I feel when I “meet” a particular one for the very first time. If you observe it closely, it won’t be hard to feel the serenity and peace of the nishiki koi, and the peaceful temperament it exudes. If you look carefully at its tail, you will see a perfect blend of natural gracefulness and steadiness.

As such, I think the nishiki koi is extremely noble. The captivating colours and patterns on its body resemble a beautiful poem on a painting. I would describe it as an artistic masterpiece that swims, a spiritual beauty that vows to purge the beholder’s many troubles and worries.

I have a feeling that Steven seems to have inherited the unique characteristics of nishiki koi: He is composed, calm, low key, yet classy. He loves to make new friends but will never claim to be the “big brother”. He is a true gentleman indeed.

Let me add that there is no such thing as a “Taikor” in the world of nishi koi. The big nishiki koi will never bully the smaller and weaker ones.

The nishiki koi are inherently elegant and love to swim spiritedly in groups but at times they would also appear still and tranquil, and they are always graceful. Nishiki koi also live for a very long time, and if you keep it well, it could be a companion for life.

The 200-year-old nishiki koi breeding history has evolved into a “carp evolution science”, spawning large numbers of nishiki koi experts and aficionados. These people are much more than just breeders or connoisseurs – they have happily perpetuated the nishiki koi’s care-free spirit in their day-to-day lives, too.