In mid-April every year, I would buy a couple of brightly coloured carp streamers or koinobori and thread a string through them to hang in my courtyard, in anticipation of the Japanese Children’s Day celebration which falls on May 5.

In Japan, Children’s Day falls on May 5, and that’s when you’ll see lots of carp streamers hanging in the backyard.

IN mid-April every year, I would buy a couple of brightly coloured carp streamers or koinobori and thread a string through them to hang in my courtyard, in anticipation of the Japanese Children’s Day celebration which falls on May 5.

Foreign students who have lived in Japan for a few years will know that some time in April and May each year towards the end of the sakura matsuri, colourful carp streamers could be seen fluttering in the wind all across the country, portraying a beautiful and heart-warming landscape against a backdrop of azure blue sky and pristine white clouds.

During the April sakura matsuri in Tatebayashi city in the suburban Gunma prefecture, some 415 Somei-yoshino cherry trees flanking the banks of Tsuruuda River would start blooming. As many as 5,283 brightly coloured koinobori would accompany these trees, swaying graciously in the breeze, while the actual carps would be dancing merrily in the river.

Koinobori are carp streamers that are hung in April and May to commemorate the spring season, and Children’s day in Japan.
— Apple Vacations

Koinobori is more than just another festive accessory in Japan. Its history could be traced back to the 17th century Edo Period, a traditional folklore that has survived and flourished to this day.

Koinobori’s history could be traced back to the 17th century Edo Period.
–ASAHI IMPORTS

During the olden days, medical facilities were scarce in Japan, and many children could not survive and grow into adulthood due to the high mortality rate. Parents believed kids younger than seven were “borrowed from the deities”, and if they fell sick often, they would be taken away by the demons by their seventh birthday.

So, parents always thought of ways to stop the demons from taking their children.

Back then, the powerful samurais, also eager to keep their children safe at home, thought of effective solutions to this problem. They began to wonder whether a Chinese Confucian belief (the carp that leaps over the Dragon Gate and ascends to heaven, becomes the dragon) would actually work. So they gave it a try.

Villagers started to create colourful banners in the shape of carps to hang in their yards with the hope that this could keep the demons away.

That was actually quite similar to the Chinese tradition of lighting firecrackers during lunar new year celebrations to scare away the nian beast.

After the villagers hung the streamers in their yards, the children at home felt peaceful and were able to grow healthily. The news soon spread to other villages and the practice has since been passed down till today for more than 400 years.

However, as the samurais valued their sons more than their daughters, they would only hang the koinobori for boys aged seven, five and three. This tradition lived on until 1948 when the Japanese government enacted a new law to make May 5 Children’s Day a national public holiday. Since then, Japan began to see new laws to protect children and groom them to become future leaders of the country. The incumbent Japanese prime minister Yoshihide Suga was himself born in the post-war year of 1948. Looks like the Confucian philosophy really worked after all.

I went to Daiso recently to buy koinobori of different colours – black to symbolise the father, pink for the mother, red for the eldest son, and blue, yellow and green symbolising younger kids.

Every May 5, the Japanese will also display samurai dolls to commemorate the samurais, along with the Momotaro and Kintaro koinobori to celebrate the day. On this special day, children will perform deep bows to their parents as a sign of respect and gratitude for raising them.

In short, Children’s Day is an auspicious and heart warming day in Japan; Japan’s dumpling festival also falls on the same day so you can imagine the delicious feasts.

The Japan government hands out financial incentives and aid to couples who start a new family.
–SINA CN 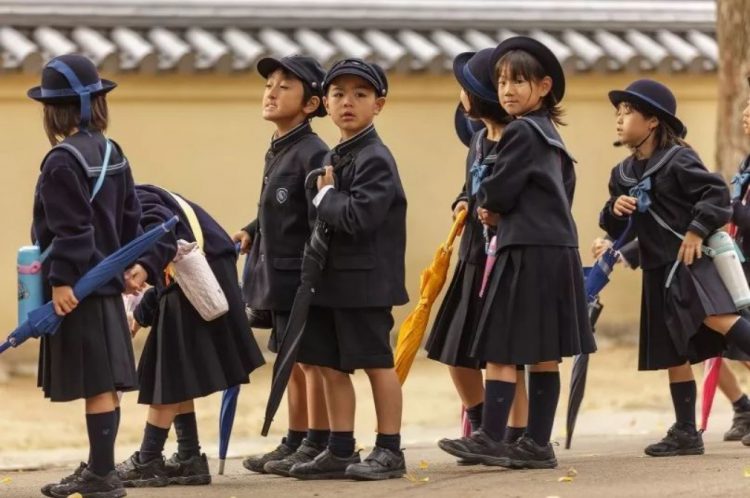 Here’s some interesting data: After World War II ended on Sept 2, 1945, Japan, as one of the three defeated axis countries, suffered a total of seven million military deaths and 255,000 civilian casualties, with most of the victims being males. This includes a large number of children.

The post-war population of Japan then stood at 72.25 million.

The Japanese were encouraged to have more babies with government incentives. As a result, around 2.7 million babies were born each year at the time, and the country’s population increased by 10 million in just five years. That is what is known as the “post-war baby boom”.

Japan’s population stands at 126 million today. But there were only 865,234 babies born in 2019, and that number falls another 100,000 each year. As if that’s not enough, the country is now a rapidly ageing society.

Those born during the post-war baby boom period are now in their 70s.

As a matter of fact, around 27% of Japan’s population are made up of folks aged 65 and above. And to think that the Japanese are known for their long, long life!

As for those aged 15 and below, there are only around 15.12 million or 12% of the country’s population, and the number is declining every year by an average of 200,000 people.

Looks like the Japanese government is having a big headache in the country’s population structure with having way too many old people and too few children. This in turn poses a severe challenge for the country’s social protection system, medical expenditure and declining productivity, not to mention a severe shortage in skilled workforce.

Gazing at the koinobori fluttering in the wind in my yard, I begin to worry about the children in the world during this pandemic… 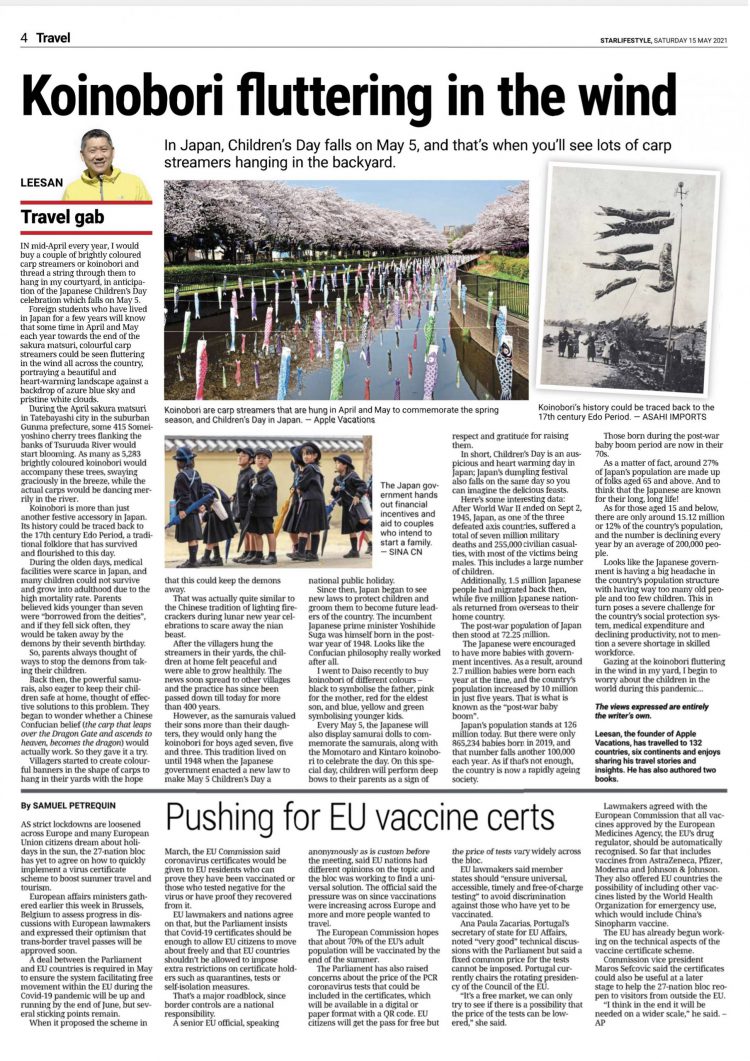 The Journey ……to NorthCape, Norway 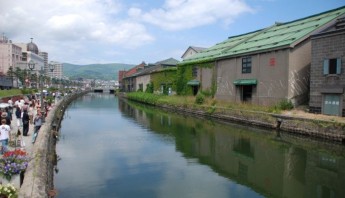