As a matter of fact, between 1995 and 1998 during the early years of Apple Holidays, we did encounter a fair deal of setbacks in securing our outbound travel license before we were about to embark on our ambitious expansion plans just as the regional financial crisis began to loom over us. 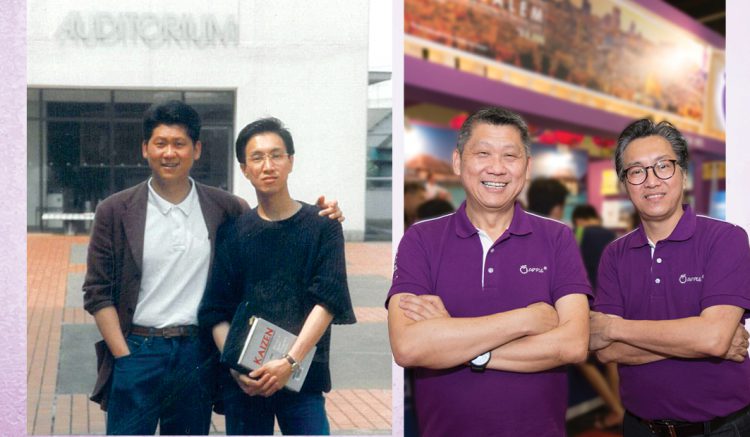 L – 1992, leesan and kohsan at Tokyo International University.
R – 2021, Looking back at what we have gone through over the years, all I could say is that Kohsan is such a wonderful buddy who would go through the thick and thin with you.

Although I was in KL making plans and decisions for Apple, Kohsan was not at all idle in Japan as he was doing his part making arrangements for the business in Tokyo. Back then he was with us on a part-time basis in the middle of his studies, but somehow he still handled everything for our Japan-bound tours from Malaysia to make sure nothing would go wrong. As if that was not enough, he even had to double up as a tour guide, taking Malaysian tourists around the country.

As such, it is an understatement to say that Kohsan was the one laying a solid foundation for Apple Holidays to become the Japan tour specialist of Malaysia.

He has been very insistent in delivering the most impeccable services to the customers. Perhaps it is his character that if he is going to do something, he will throw in all the effort and will not settle for the second best.

Since the very beginning the company was operating concurrently from both KL and Tokyo. Whenever KL needed some operating capital, Kohsan would be there sourcing for funds. As for the GA tour fees remitted to Tokyo, Kohsan would start discussing with fellow tour guides there, trying to get someone who was better off to first cover part of the expenses (such as F&B). 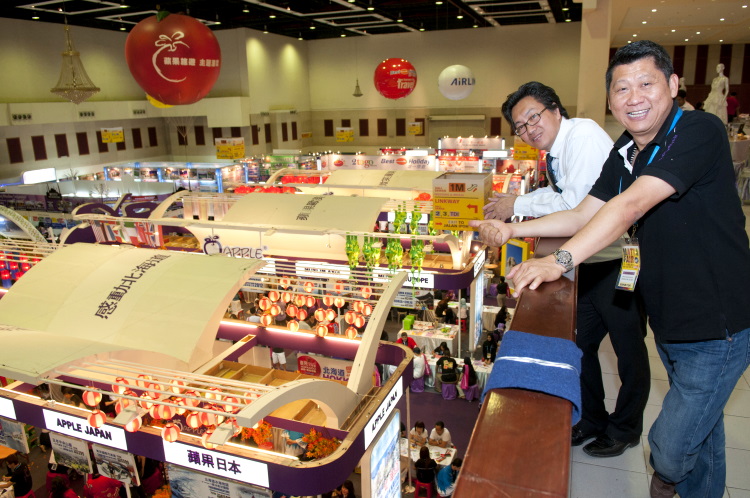 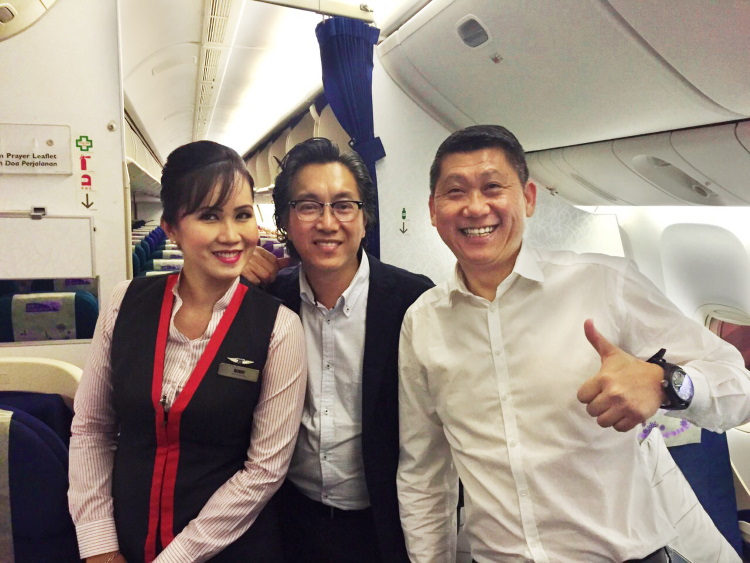 Looking back at what we have gone through over the years, all I could say is that Kohsan is such a wonderful buddy who would go through the thick and thin with you. I’m really indebted to these tour guide buddies, and I guess in life we may need to let go of something in order to gain something much bigger.

I remember when we were still studying in Japan, fellow Malaysian students would from time to time try to help raise funds to settle the tuition fees of one who could not afford to pay the fees.

Did you know that Kohsan was also my classmate at the Japanese language school, and a year later he got admitted into my university, Tokyo International University, pursuing the same international economics course, coached by the same professor and working part-time at the same restaurant.

Actually our friendship could be traced back much earlier to lower secondary school! 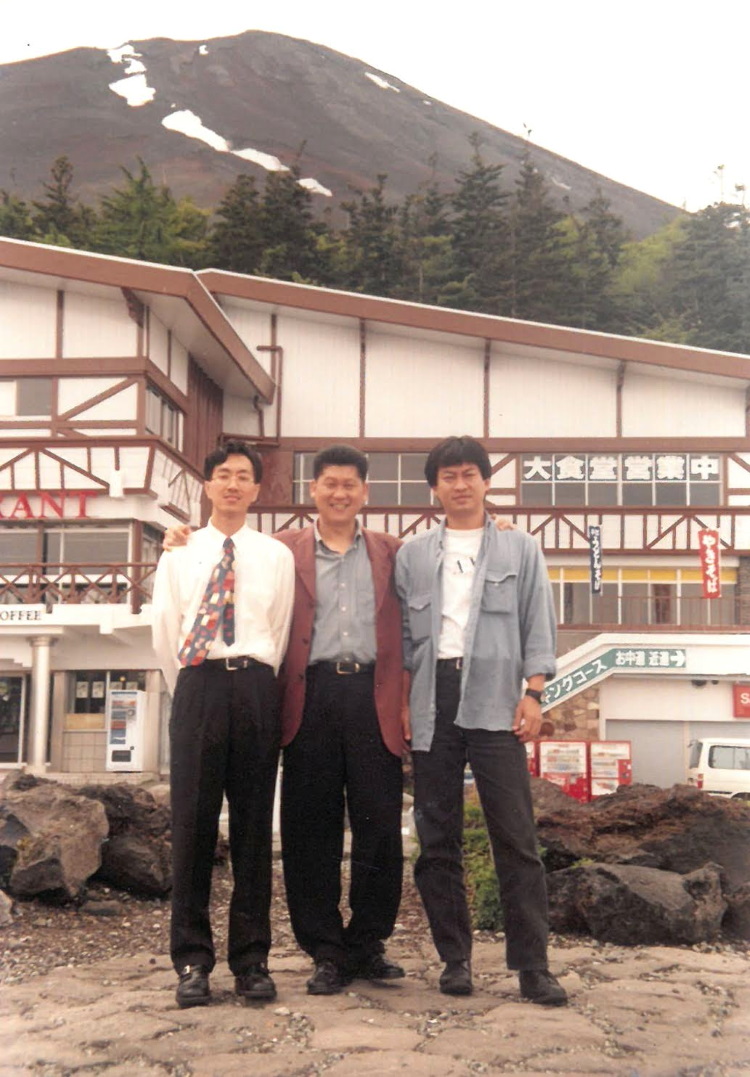 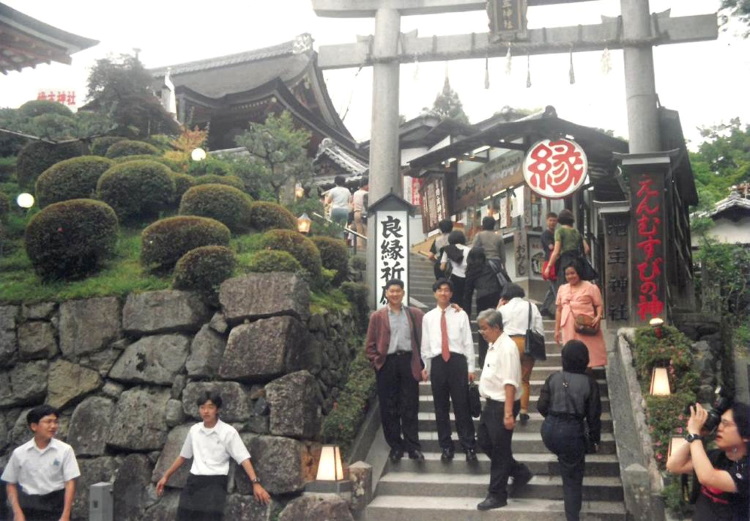 Kohsan and I were same age boys from Yong Peng. He was a very active scout at Yong Peng Chinese High School while I was a scout from a government school in town. Not the academically brightest students at our schools, we nevertheless became the leaders of our respective scout groups. Since the lower secondary school, we were already displaying our skills and potentials in our scouting circles, competing and even disputing against each other at times. As part of our scouting life, we took part in car-washing, waxing, weeding, camping, campfire events and many more in the little town of Yong Peng and would almost always bump into each other. From the initial confrontational and competitive mode, we later came to discover the potential for collaborative discussions and cooperation, forging stronger alliance between our two teams in so doing.

These people would implement in government school what they had learned from independent school scouts, bridging the scouting activities on both sides. Together we took part in joint events to Gunung Ledang in Tangkak, Gunung Lambak in Kluang and Desaru beach for hiking and camping.

Additionally, the jamboree organized by Yong Peng High School always treated us government school scouts as special guests. Sure enough whenever we organized a regional camping event, they would always send a big team to support us. In foot drill competition, hiking, camping, campfire and other major scouting events here and abroad, we were always there enjoying together.

The high school scouting life made us great friends and business partners later on.

For your information, my wife also used to be a girl guide from Kuen Cheng. We once met at the jamboree and could have even danced together. Who knows Kohsan could have been the matchmaker that brought the two of us together? Although these things happened over 40 years ago, they remain fresh in my memory until this day.

Between 1989 and 1991, I was with KL Mandarin Tours as an inbound guide for Taiwanese tourists, while Kohsan had just completed his college in Singapore and was momentarily back in Yong Peng to help run a family business. Back then I would pass by my hometown Yong Peng at least twice a week taking the Taiwanese groups, and would always call up Kohsan for a brief tea session at White House Coffee Shop.

I told him I was about to go to Japan to further my studies and I remember him telling me this: Great! You go there first, and I’ll join you later. Indeed, a year later in 1992, he landed himself at the Japanese language school of Tokyo International University! 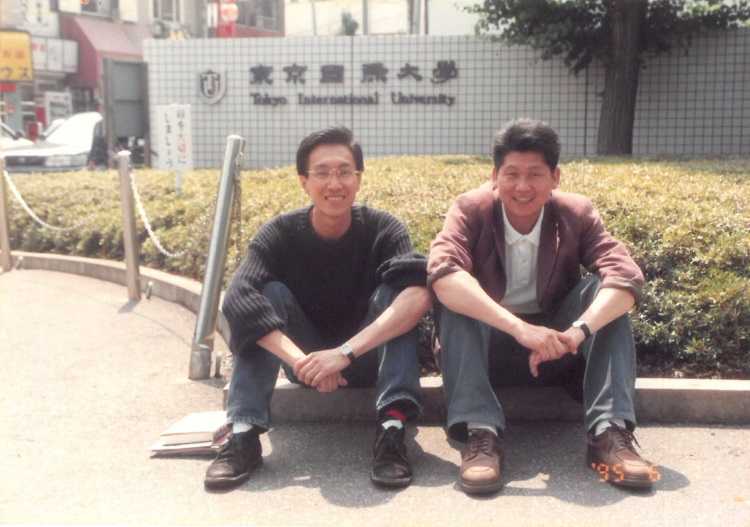 Me and Kohsan at Tokyo International University, pursuing the same international economics course, coached by the same professor and working part-time at the same restaurant.

By 1998, Kohsan was already a Japan expert. He helped Apple design and implement our regular Japan packages, from the initial Tokyo-Mt Fuji-Osaka golden route to the newly added Kyushu route and the overwhelmingly popular 10-day All Japan sakura viewing package which both Kohsan and I would double up as tour guides ourselves.

After that, Kohsan started to pay courtesy calls to large and small travel agencies across Malaysia to sell our specialized Japan packages, cementing solid friendships and strategic partnerships with the travel industry fraternity that have lasted over 24 years. Until this day some 20% of Apple’s annual sale can be attributed to B2B support from other travel agencies in the country.

This couldn’t have been possible if not for Kohsan! 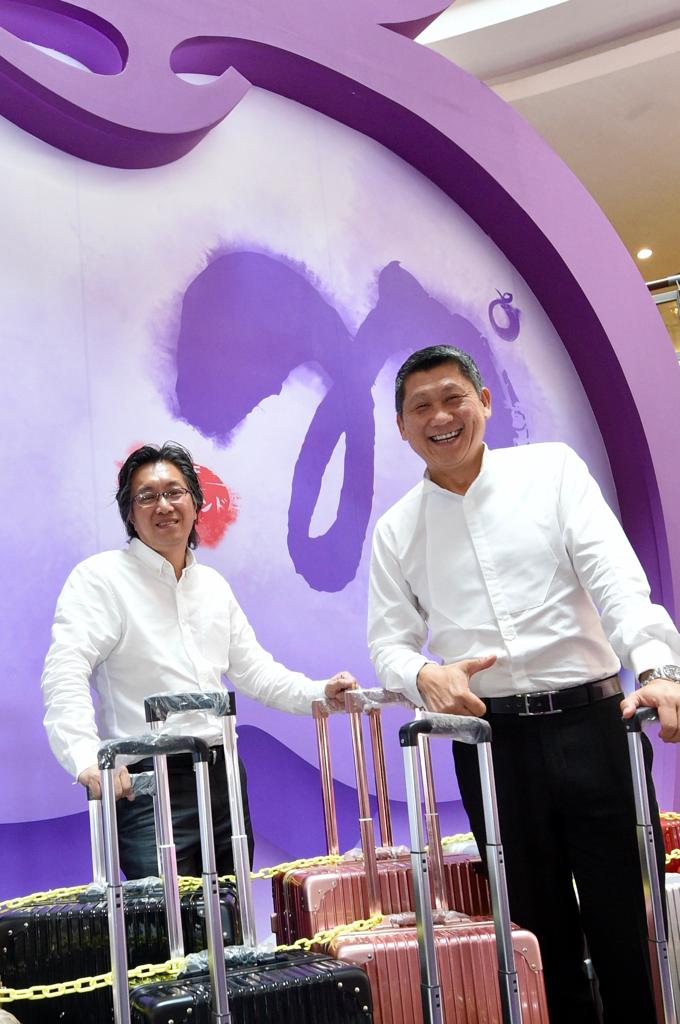 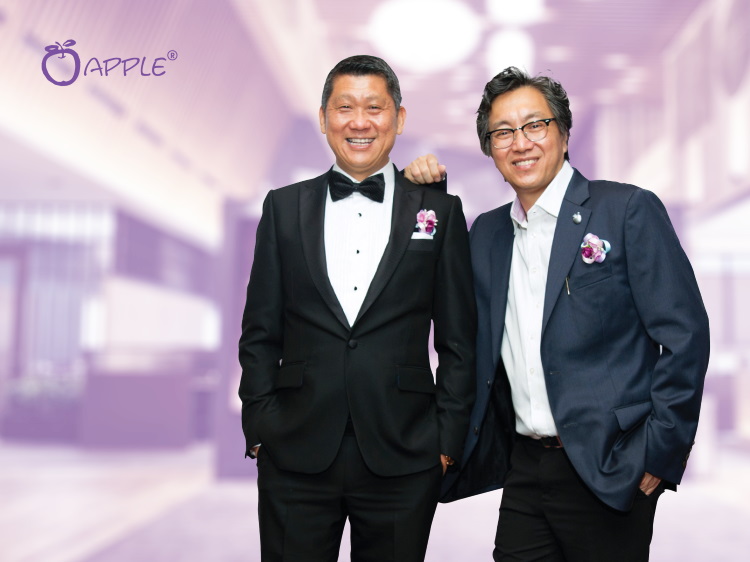 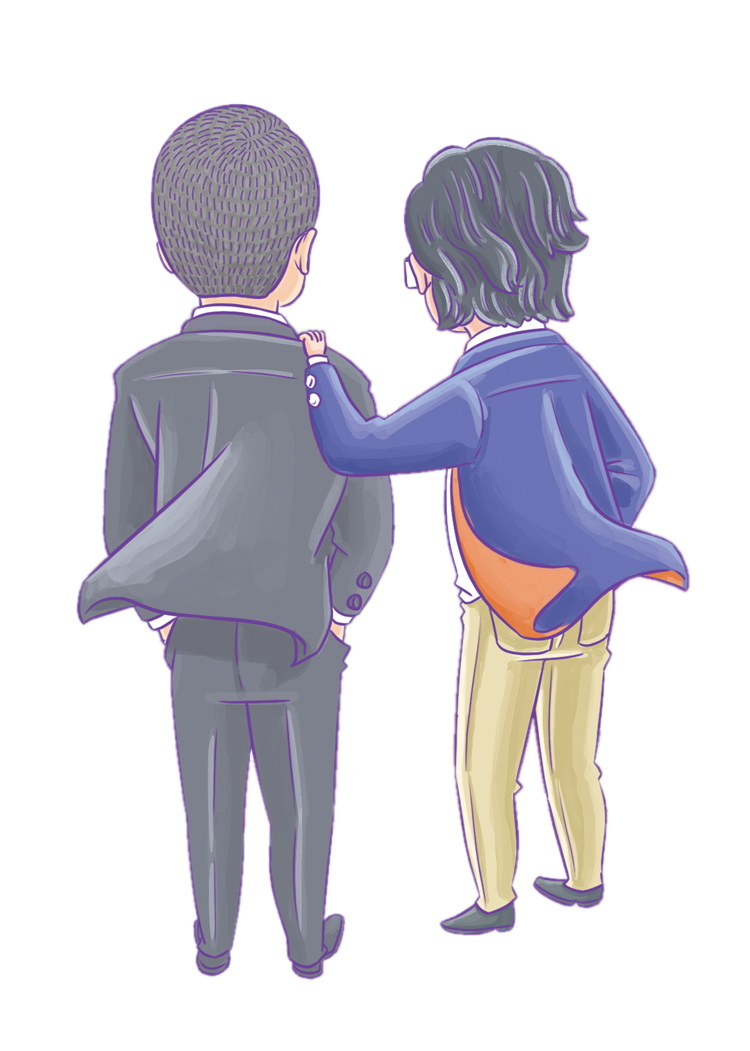 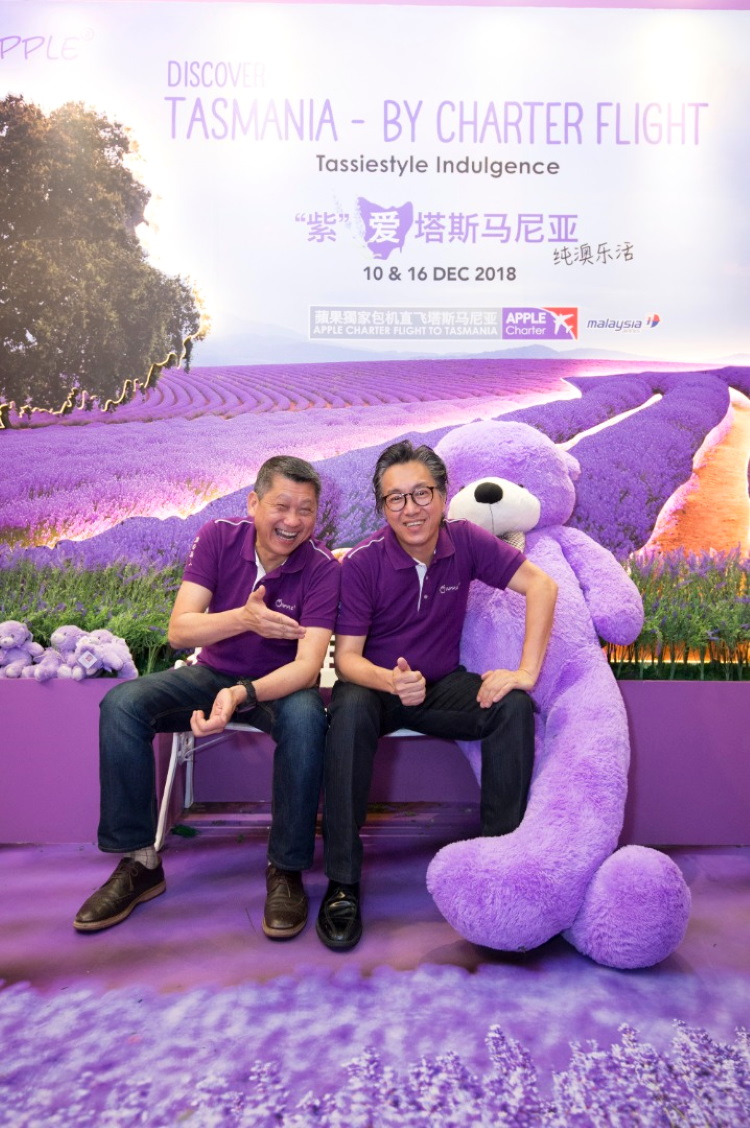