It’s not always about the pumpkins and the Grim Reaper.In Japan,Halloween has a distinctly different flavour.

Very few compelling reasons exist for Malaysians to visit Darwin in Australia’s Northern Territory. Most of the time, it’s hot … and I mean blazing hot and dry. And coming from where we do, there is barely a need to holiday in a destination that has worse weather than ours.

Even AirAsia, which used to fly there, has completely given up on that destination. Darwin isn’t on Malaysia Airlines’ radar either.

Four months after the direct link began, the flights are often less than half full. In September, apparently only 382 passengers flew there, or 44% capacity, while 237 passengers flew outbound, equating to just 27% capacity.

The biggest, closest tourist attraction is Ayers Rock at Alice Springs, and that’s 1,496km away – equal to a 16-hour drive or a two-hour flight.

My Australian friends who live in Melbourne thought I had lost the plot when I told them I was going to Darwin, and worse, in December, when the weather is at its most unforgiving – scorching sun in the day and thunderstorms and rain in the evenings.

“Why are you going to Darwin? I know you have announced your retirement as the CEO, but for heaven’s sake, Darwin is smaller than Kajang,” said my friend.

He isn’t wrong. Darwin City is quite deserted at any time of day, and I arrived on a weekday.

No wonder my Aussie friends who have never visited Darwin, had no intention of joining me, except for two Melbourne-based Malaysians who were drawn by a truly valid reason – Darwin durians! 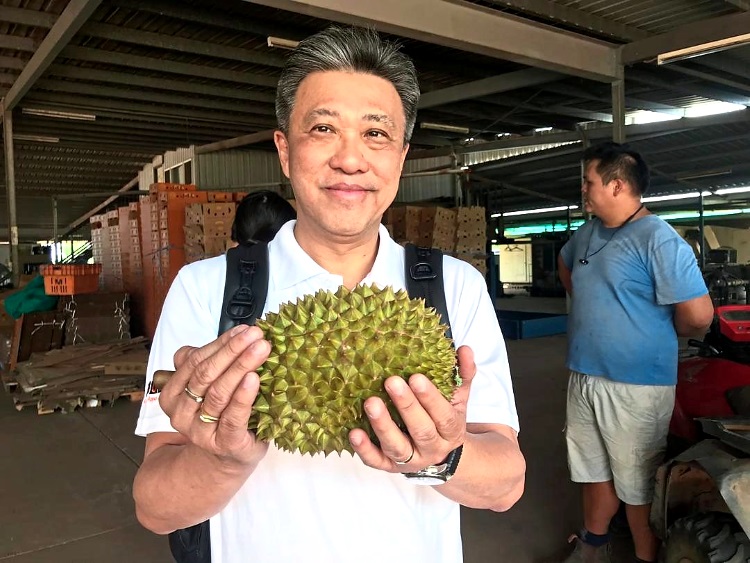 Like me, they are durian fanatics, too, and were keen to find out if our Musang King can hold a candle to or trump the Kangaroo King!

Australia’s largest durian farm can be found in Darwin and is run by the Siah family, who owns Tropical Primary Products.

The Siahs, who moved to Australia from Semenyih, Selangor, more than 30 years ago, have earned national attention – if not international recognition – for their huge durian farm.

They already have more than 2,500 mature durian trees – averaging over 20 years – on 24 ha of land. At least 35 tons of the produce is available in many parts of Australia.

The orchard itself is a sprawling 202 ha, with jackfruit, cempedak, pomelo, mango and jambu air trees, and the Siahs are now trying their luck with langsat trees.

According to Siah Han Shiong, who runs the farm, I was a little late for durian season as it starts in October and ends in November.

My heart sank when he told me that but fortunately, he stored some durians – the whole fruit, and some packages – in the refrigerator. So, we got to sample their HEW1, a Malaysian variety which the family had grown in Semenyih. It looks like Thai durian but its taste and texture are very much of a Malaysian variety.

The durians were creamy, sweet and tasty, and richly yellow in colour. 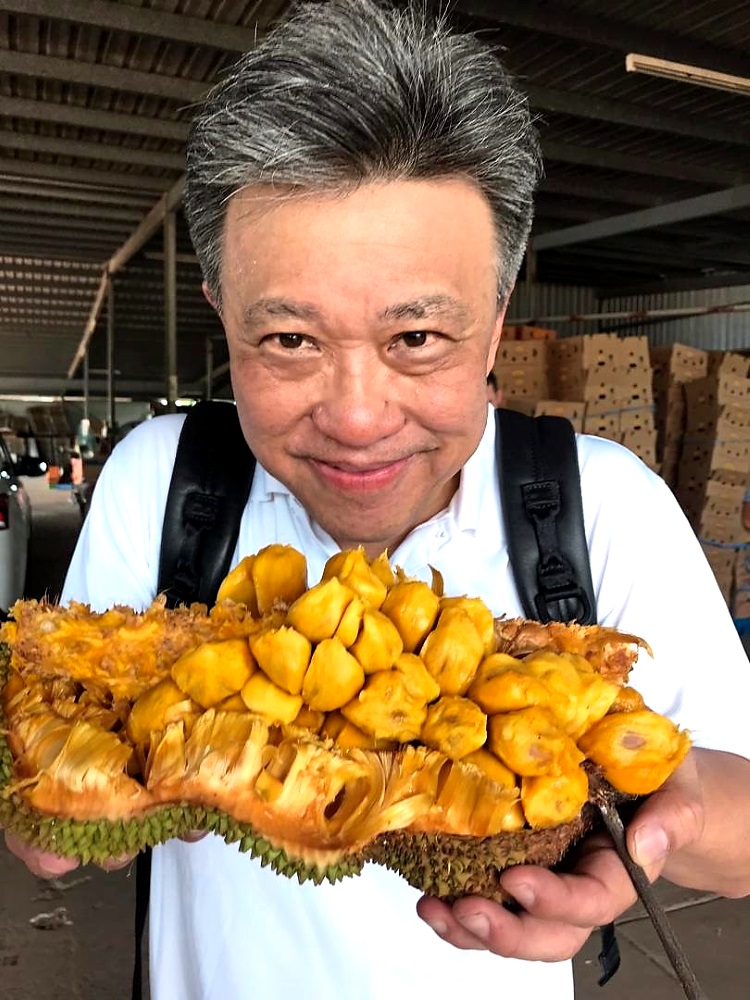 I’d like to think that our Musang King, black thorn or red prawn varieties are more outstanding but then, the comparison may be unfair because I only tasted the few available fruits. So, it would be more appropriate for me to make comparisons during peak season in Darwin.

It was an enriching experience nonetheless, since most Malaysians would never fathom durians to be growing healthily Down Under.

According to Siah, their main customers are Asians, especially Malaysians, Singaporeans, Indonesians, Filipinos and Vietnamese, who live in the main Australian cities like Sydney, Melbourne and Adelaide. Pleasingly, the family knew where to locate retailers who could sell the durians from their farm.

“I think we’ve perfected the growing of durian in a non-tropical environment, which has been challenging in a place like the Northern Territory,” Siah said.

“We’ve worked out what nutrition is required and how to make sure the trees survive the dry season here. The colder weather hammers the tree and you sometimes think, ‘Why am I trying to grow durian here?,’ but when the season arrives, it’s a good reward,” he said, in an interview on the radio show, ABC Rural Country Hour recently.

Siah said that while his family would harvest several more tonnes of durian this year compared to 2017, it would still be very easy to sell the bumper crop.

“At the moment, we’re really only competing against frozen imports, so to produce fresh durian, which actually has a smell about it, we know that once consumers find it, there’s a real market for it.” 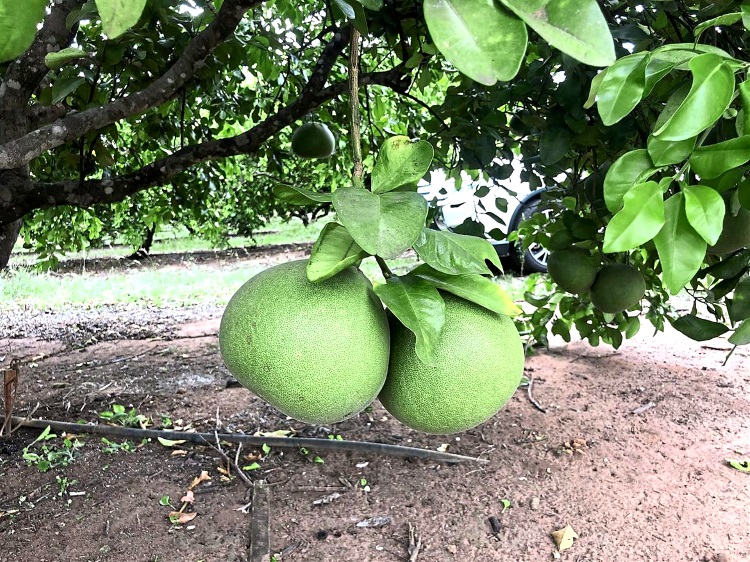 The Siahs’ farm also grows other tropical fruits like pomelo. 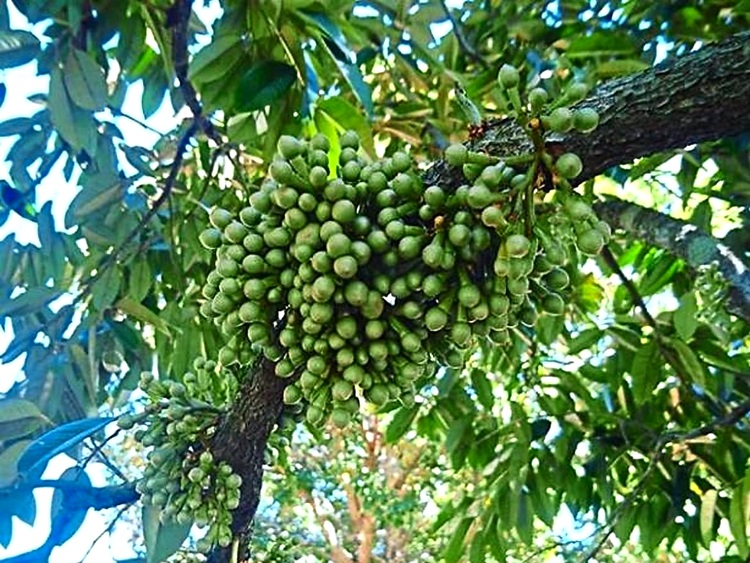 The HEW1 variety of durian is currently selling at A$27 (RM81.50) a kilogram, with the average durian weighing between 2kg and 4kg.

There is a growing demand for the King of Fruits in Australia, but the supply is limited because of a relatively smaller number of commercial growers, mostly from Queensland.

But Siah’s Lambell’s Lagoon farm has been getting the most exposure because of his clever use of social media, including a video he made which has garnered much traction. Regular updates by ABC Rural Country Hour has kept the fruit in the forefront of the minds of Australians, too.

His durians are still not ready for export, but don’t underestimate farmers like the Siahs in Australia.

Likewise, who would have thought that the Aussies could be selling mangoes by the truckloads, and better ones from what we get here, too?

The whacky hunt for the Australian durians was certainly worth this excursion, and certainly an eye-opening one. Unlike Malaysia, there are huge tracts of readily available land for farmers to grow these spiky fruits there.

I would hate to see the Kangaroo King “out run” the Musang King in the future, but hey, everything’s fair in the fight for the ultimate title of the King of Fruits.